Guilty Crown (ギルティクラウン) is somewhat like a mixed bag to me: artwork seems to be at par with anime like Hanasaku Iroha (Spring 2011) with attention to detail and fantastic OP, but, storyline-wise, it’s as bad as anime like To Aru Majutsu no Index (Autumn 2008/2010) where I rage at how slow things progress, or how much of an idiot the protagonist is.

Well, at the beginning, this showed promise of how this would be, but it later unexpectedly took a turn in a direction different. I was expecting a more diplomatic and peaceful approach, not a mad scientist with his own government and spreading a virus. Having war with a group of students on top of that. (Speaking of which, where are the teachers of the school? They seem oddly missing the whole time.)

If you’re just picking this up, I would recommend just starting from the special that comes after episode 11. You are likely to be glad that I mention it because it sums up the major plots of the earlier episodes, which has a lot of filters.

Starting form the second half, the atmosphere has become completely different. It’s as if it has gone in a different direction from the first half and has become irrelevant.

In the last few episodes, I somewhat gave up try to understand what is going on. It has become a big mess that is difficult to untangle. That’s the problem with introducing too many characters: there’s no room to have character development given the number of episodes.

Guilty Crown does have the factors to be a good anime like character design, detail to background, opening/ending songs and so on, but the major flaw is that the storyline is a mess.

Based on other anime that I watched, it’s always those that have male protagonist (who is usually not knowledgeable, is perverted, and/or being ordered by others) that gets featured. Besides anime where the females are the only ones, or primarily focused on, girls/women seem to always to have a role that is no higher than being the main supporting character of the (male) protagonist: never as the main character.

P.S. Speaking of which, Shuu Oma’s cowardly behavior would be more tolerable if he was a girl, with the personality unchanged. 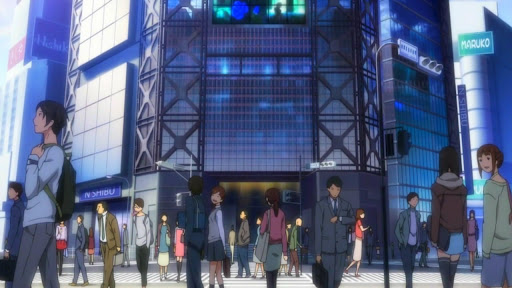