>I’m going to rework the way I post things on this blog, seeing that the current way of doing things had resulted in me not following it.

When I had stopped watching an anime (“dropped”) that is currently on TV in Japan that is at the 3rd or more episode, I usually don’t write a post about it except for a brief mention on twitter and the anime in question disappearing from my “Anime Watch List” section at the sidebar, but do give a detailed description at the end of the season. The problem with this is writing a very long list, plus writing the preview of the next season, and possibly having forgotten in detail of why I had dropped it. Anime dropped before this month (June 2011), but after the spring anime started, are not reflected.

With that, I am no longer writing the end-of-season review, but write each one of them individually as soon as it ended or had them “dropped”. Anime that has been dropped after many episodes are usually ones that fail to progress in storyline (entertain me in the case of slice-of-life) or had tolerated it for quite some time due to other reasons like being related to an another anime (To Aru Majutsu no Index 2), or had very detailed landscaping (Hanasaku Iroha).

The rough idea of writing a 6th blog story is starting to come inside my head. When I do publish it, people may ask if I’ve skipped a number as, if you look at the navigation menu, there’s currently only no.1-4 listed, with the fifth entry listed as no.6 and might ask what happened to no.5.

Well, there is a 5th story, but I’m just publishing it for a friend who asked me to put it up on my blog on their behalf. Since then, there has been no new parts written for it and I don’t know what that friend is up to. In other words, it got abandoned as soon as it got published, and I’m already busy writing for story 2 and 3.

So what exactly will the sixth story be about? Well, it’s based on an idea of the manga I read a few hours ago. Initial plans includes an another person’s point of view of Mizuho Girls’ Academy, which the most recent parts of the second story is taking place in, but that doesn’t really allow me to tell much about what the place.is like from a normal person’s point of view. Hopefully with minimal interaction with the main characters of the older stories.

>Why why why? What’s with the requirements being a complicated process and requiring things that I don’t have or hard to get? Also, why do they use difficult words to describe it too? Too bad it’s not like games where you can’t restart/undo things, or have something to guide me.

Can’t I just know and do what I want, get paid a lot, find a spouse, a nice place to live in, and be happy?

>The background of my main blog in English has changed to an image taken in Ikenohata, Taito-ku in Tokyo, which was the same image previously used on my Twitter profile. This has yet to be applied to the Japanese version. 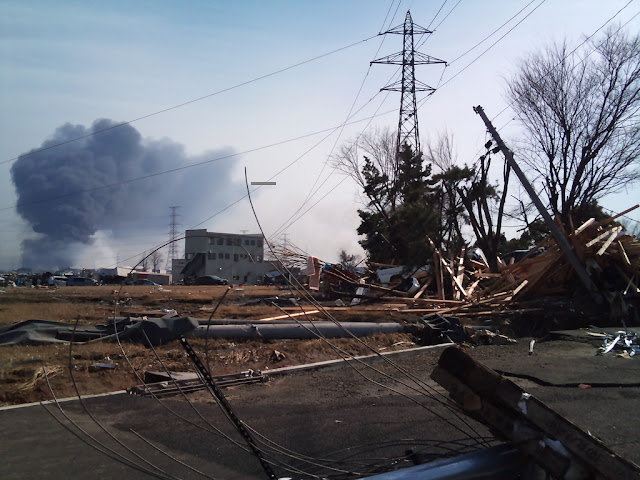 >It has been about a week after the Tohoku earthquake. To those who did not follow me on twitter and noticed that I didn’t write a new post for quite a while, forgive me for making you worried that I might have died, especially since the death toll and missing persons from the earthquake (and the tsunami that followed) is in the tens of thousands.

So, most schools are having their graduation ceremony this week. It’s probably a sad day for them as some might have lost their peers or relatives.

Yukari would be entering college next year. Some colleges are having an open campus and are checking them out since she’s entering her 3rd year of high school and will be taking the entrance exams about. She’s my sister after all, and is somewhat like an another me, but born latter and went through completely different experiences.

As I’ve mentioned earlier somewhere, I haven’t even begin to write my blog story. Would do so when I’ve figured out how to continue writing from where I’ve left off.

I’m thinking of changing my current avatar as it has been in use for quite some months now, but I haven’t figured out what that would be. That would at least be around December since I remembered making a santa version of it around christmas, but didn’t actually use it.

The avatar is a crop of a vector I did recently at around the head. Perhaps an uncropped version?

(Looks at this blogs’ posts) Wait, It’s been 3 months since I last posted something here?

I am writing this right after publishing S2P64 on the main blog, so to let you know I’m not dead in case you didn’t follow me on Twitter and noticed that I’ve never post or update my blog after a long time. Also, I know I’ve not been updating the anime watch list widget: it a pain to manually update it by looking through all the code and multiply that by 4 every week.

So, to tell you the truth, I have been playing video games a lot that I’ve never gotten to play during the rest of the year. The Final Fantasy 13 (PS3) game I bought is last played at some large plans I can’t seem to get pass due to strong monsters. That was on first try and never played a new session. Then there are these games from 2004 too that I’m playing on the PC at the same time. I’ve too tried to install Fallout 3 for the PC, but I’ve never gone any further than the “New Game” option, when it crashed. This means I’ve never gotten to actually to play the game. I know there’s a PS3 version, but I don’t know if it’s in stock now and don’t want to bring out extra money.

Speaking of extra money, the TV the PS3 is connected to seems to be faulty as the colours have gone all crazy. I don’t know where the problem is as anything on the TV itself seems normal, but all the inputs (Composite, Component, SCART, VGA, HDMI, S-Video, RF) are rendered strangely. There’s another TV in the house, but that is a CRT letterbox that only has Composite and RF inputs. Refer to the right image if you don’t know about this problem: it’s not edited at all.

After publishing this post, I’m thinking of writing of the end-year/Autumn summary on the anime blog I promised. I’ve just watched OreImo 12.